Stitch seems enamored with BB-8 and wants to take him home.

Good thing he has a friend nearby. 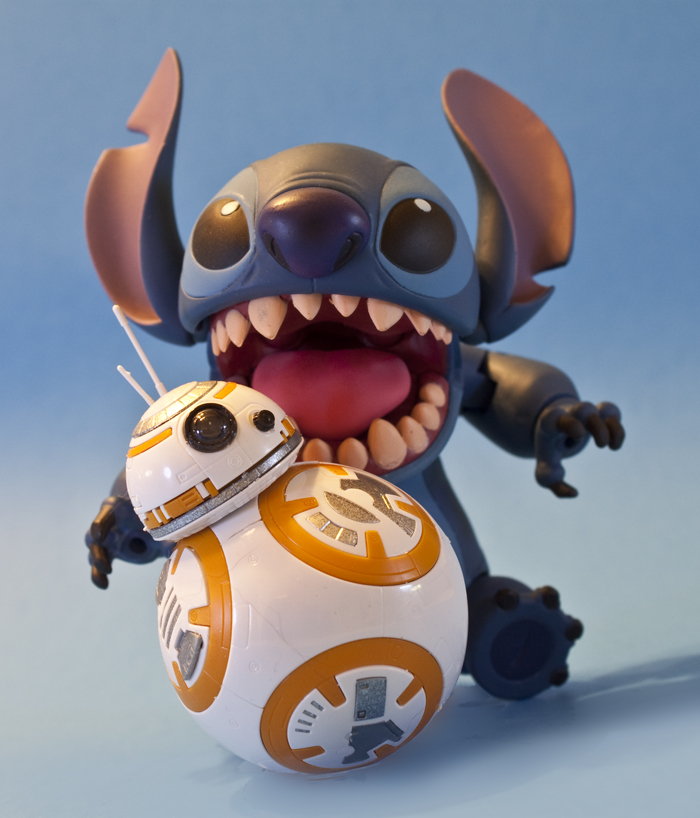 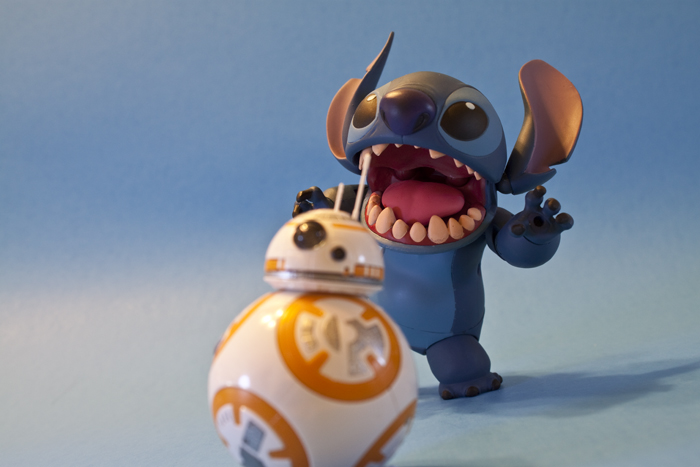 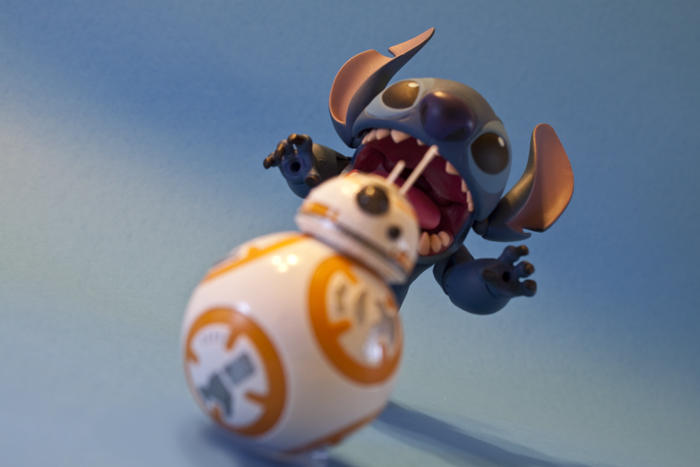 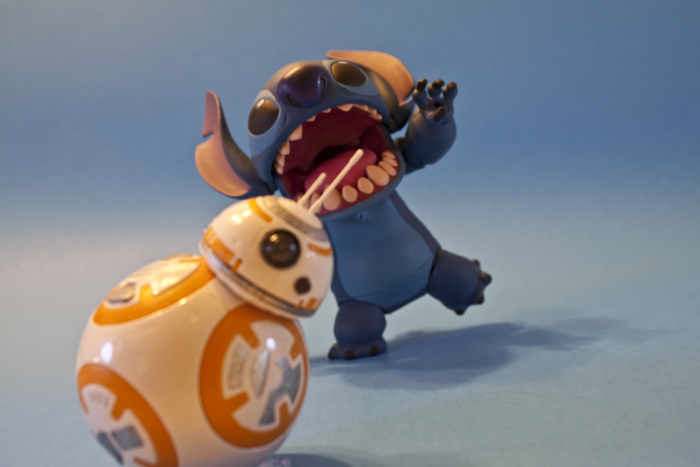 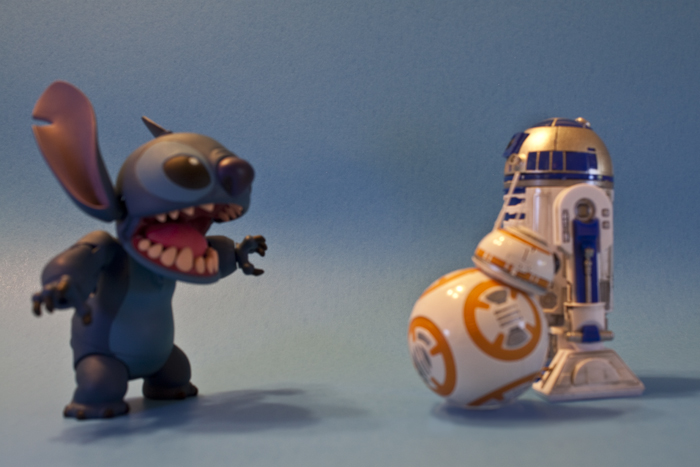 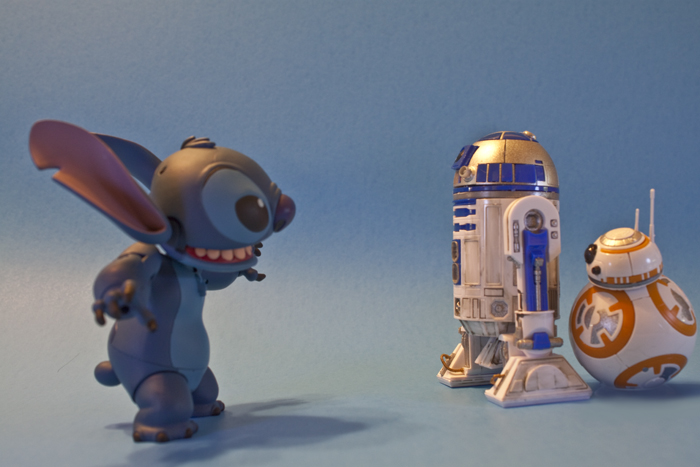 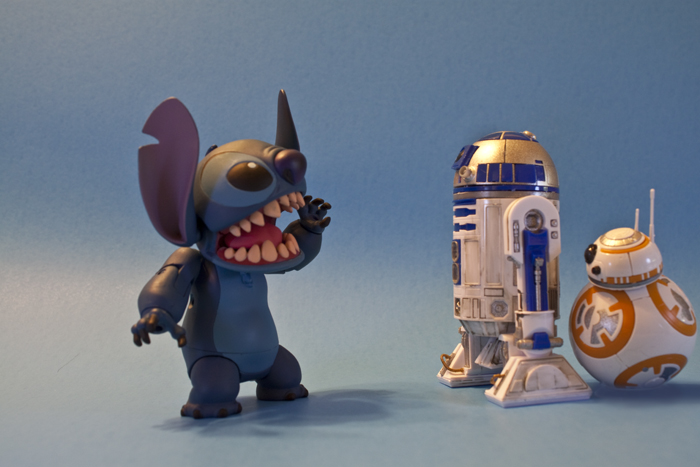 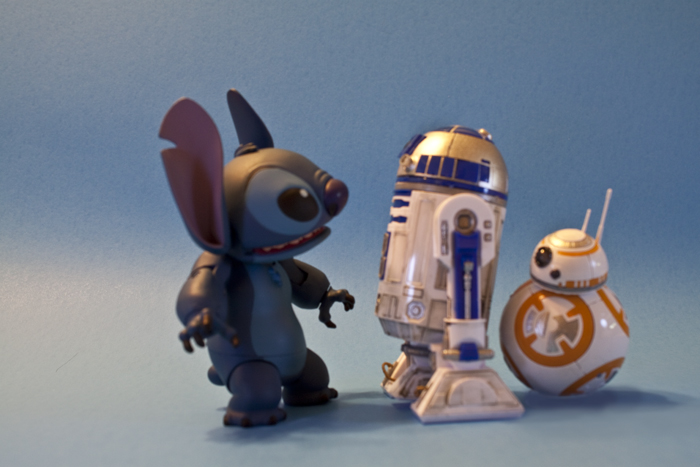 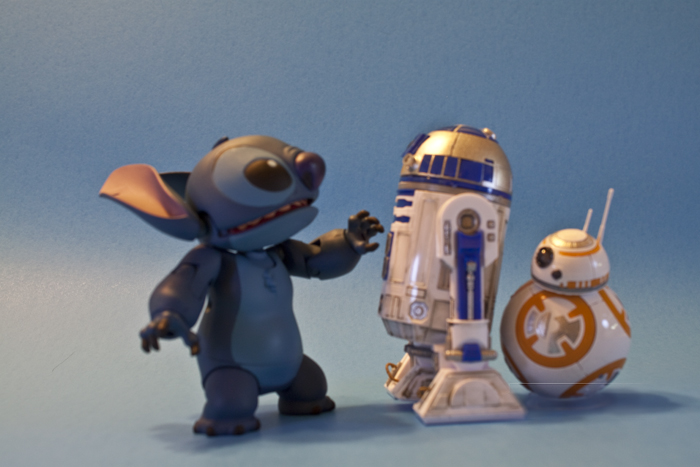 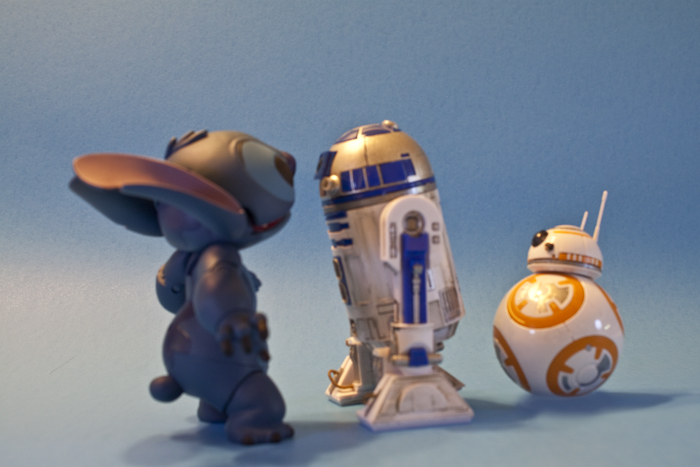 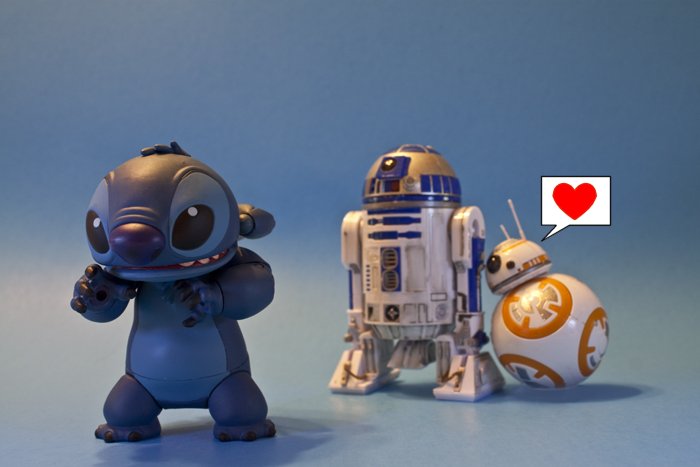 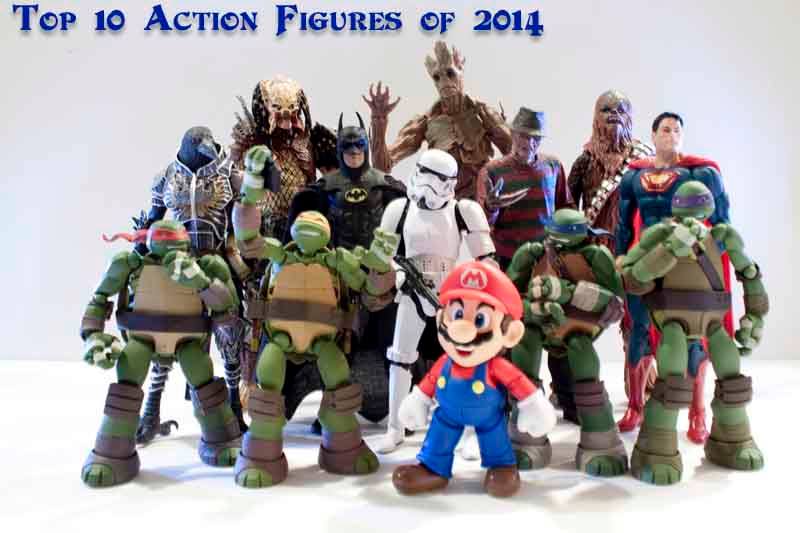